F3 TO GO TO PREVIOUS LEVEL

F4 TO GO TO NEXT LEVEL

This was an awesome experience, I figured I'd try to restrict myself as much as I could with the "Only One" theme.

One bullet, and one button to play.

This is something I don't think I could have ever thought of without this prompt, so thank you for that.

I'm quite proud of this beautiful disaster.

THIS IS THE BEST RAGE GAME

better that getting over it

if you get soft loked press r

Really addicting game, had a lot of fun! Suggest perhaps putting a timer on the cannonball so that it vanishes after a period of time, since otherwise it's easy to get stuck. No other nitpicks, this was great!

This game is cool! BUT I got soft locked a lot.

yes i mistyped it sry

Reply
my name is max1 year ago

I love the game its such a way to kill time. Totaly recomend it

this will took me years 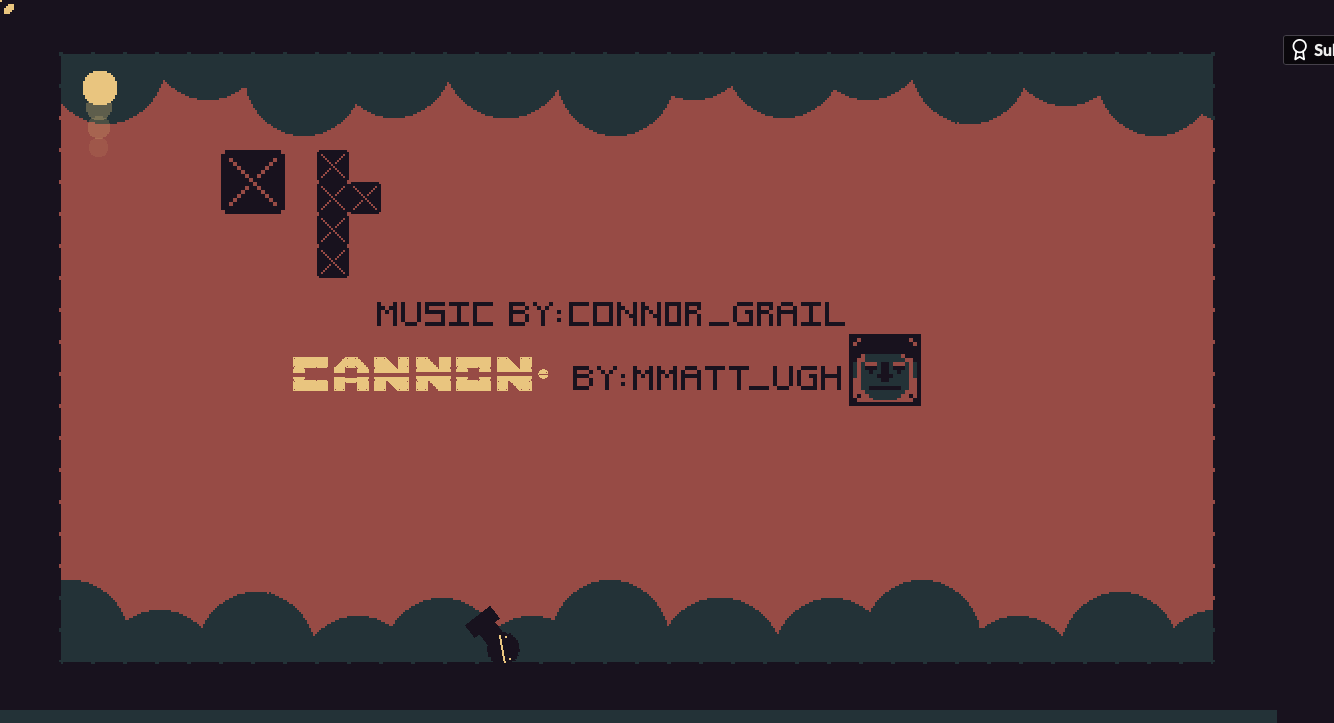 I like this game!! I wish there was a downloadable version...!

Fun, but sometimes level difficulty is too unbalanced. I still managed to beat it tho

Fun! but i got softLocked on the level after the tunnel with the mines on the top and bottom: 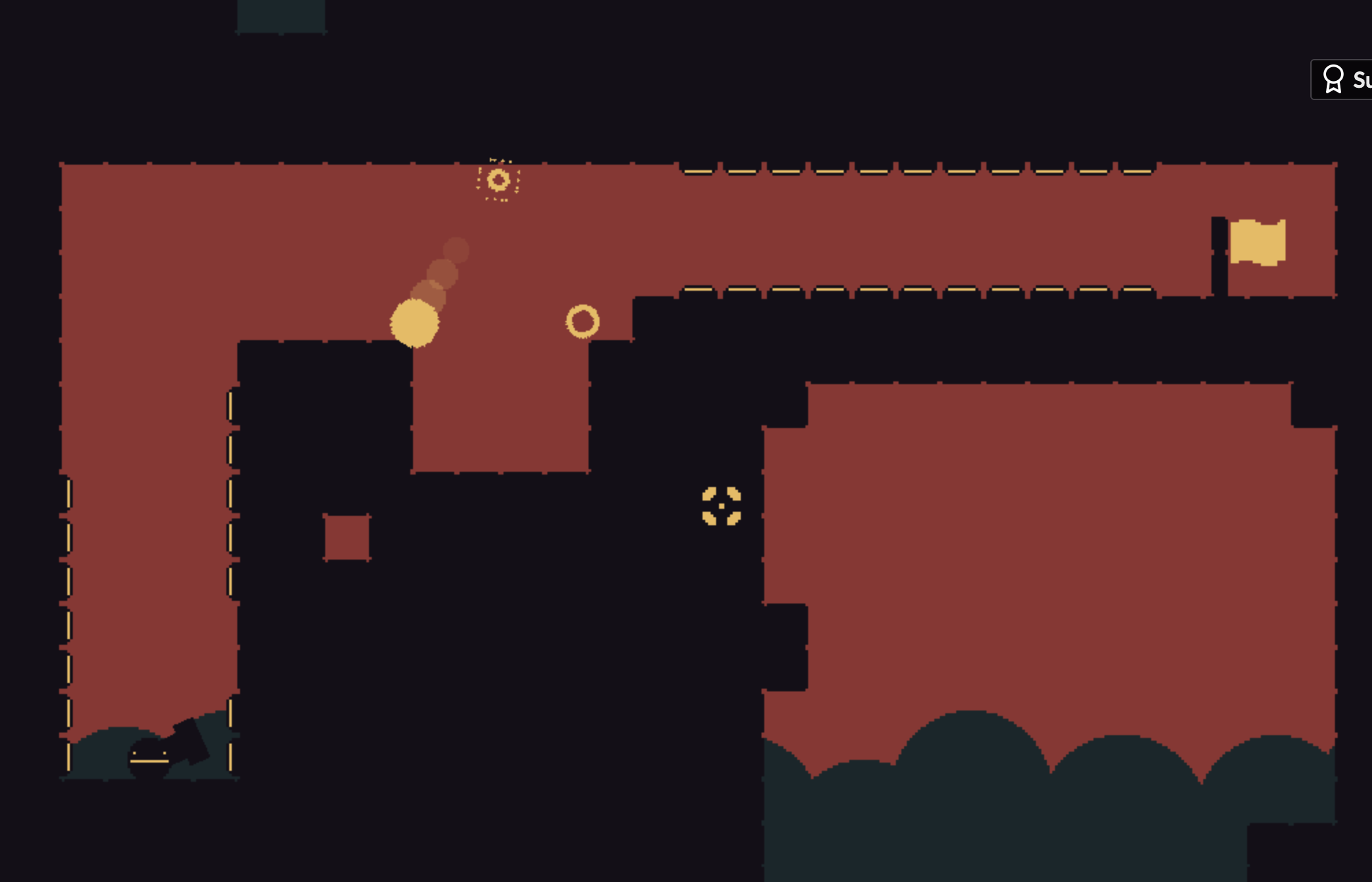 You con skip with f4

you can press r to restart the room

Very interesting game. It looks nice, the sounds and music are good, and the gameplay is really enjoyable.

my only question is can you add a level select, ive been on this level for 10 minurtes and i want to see the rest of the game 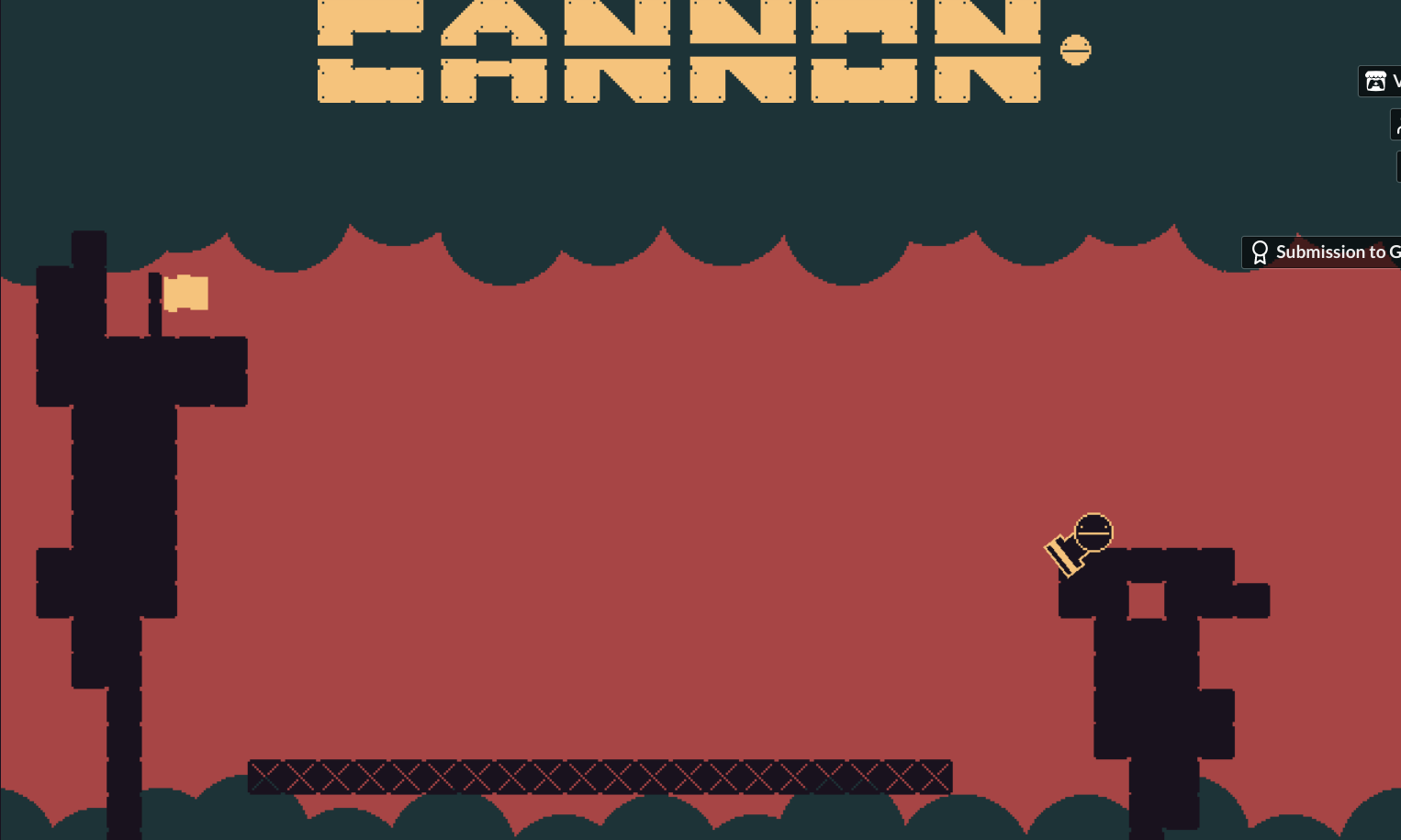 oop i just beat it

I love this game, did you give it over to coolmath games after?

I worked with them to flush out a couple more levels for it to be more suitable for their website! And glad you like it :)!

Great game, only complaint is adding a key to make the ball return

A wonderful game. I had a total blast playing it. You could do a lot with these kinds of mechanics. If you're looking for inspiration, look up various TF2 rocket jumping videos as they incorporate similar movement mechanics. You've got a great thing here, and I'd hate to see it stay as small as this.

I feel as though this could be a really cool speed game though there were a few things I noticed.

1) As a lot of comments already say a key that would make the cannon ball come back would be great.

2) The ball comes out of the tip of the cannon allowing it to shoot through walls if positioned correctly, I don't know if this is a bug but it could definitely be used for some interesting level design such as hitting a target or button through a wall allowing the user to pass.

3) An in game timer would be awesome.

4) I noticed when playing through that if falling fast enough and shooting downwards you could hit yourself before the cannon ball  bounced of anything which would give you a little height and stall you a bit this could also be super cool level design.

5) Like the bombs another chain reaction block would be cool but the user could touch it without dying.

6) The idea of sinc jumping is cool makes it feel like rocket jumping in tf2 however the explosions would suck you in and not blast you away if this is unintended it is probably because the hit box on the other side of the explosion is trying to blast you that way.

I know this was a long paragraph but if you wanted to make it a bigger game than this is what I personally would like to see changed or added to not take this as criticism I loved playing though this game. In case you are unaware of tf2 or rocket jumping I have included a video bellow. Thanks!

Thank you for the well written feedback, and for playing.

I agree with everything that you said hahaha!

I hope to maybe get back to this concept, but I think I have a couple ideas that are currently ahead in queue.

Have you tried my other game DED GUY? It's very inspired by the TF2 rocket jumping.

side note, it's pretty tough.

Cool idea! I got a bit annoyed that the cannon ball doesn't have a timeout, and the the only way for it to go away is if it hits you. I waited for like 5 minutes in one area and it never hit me. I restarted the level several times and kept getting stuck like that, so I quit.

All around, really cool game. I'd just add a 30 second timer or something to explode the cannon ball.

This ended up having a lot more of everything than I expected. And by that I mean more content, more rage, more insanity and more fun (well, maybe I always anticipated the fun!).

Honestly, for such a simple little concept, this game has a lot of depth, difficulty and genuine playability. Just one button required, complete with an aiming system and away you go!

I'm quite proud to say that I managed to get through it all (somehow) and (mostly) in one piece. Highly recommend this game for anyone looking for something a bit different and yet oddly familiar, in a comfortable old-school kinda way!

Keep up the awesome work Matt, this was a cracking experience! =)

It's a great mechanic and a good game. However, the difficulty is too high for me.

I can only wish I made this game. It's so good I'd buy it instantly if it was a long game. Absolutely gorgeous.

When I saw this game in the GMTK video I thought it would feel clunky but I actually playing through it was a lot of fun and not frustrating at all! :)

Fun, but the crosshairs are way off making much more difficult to aim while moving.

Reply
A Lone Man3 years ago

A fun game that explores the day to day life of a cannon!

Really nice job. A few of the levels are frustrating as hell, but in the kind of way that makes you want to keep trying. Amazing little game!

This is actually quite a delight. I went for the one orb shot thing similarly but I think yours takes the cake. The levels are well-made, the mechanics are consistent and fair and overall the entire thing has great game feel. Props in the art and sound department!

wow what a game one of my favorites so far

Great game. Its not really one button because it uses the mouse position as an input but you do only get one bullet. Fun and really good with sound and visuals. My game doesn't have any sound.

Really enjoyed this! Thanks. :) 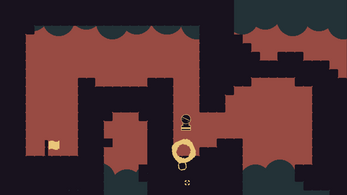 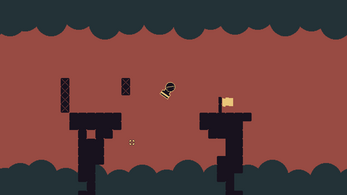 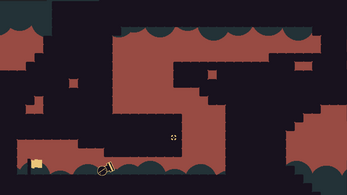